We all know the Red Sox are in a funk at 0-6. Good teams are not immune to a 6 game losing streak, but when it comes at the start of the season it seems like a bigger deal.
I have one suggestion to get the good vibes going when Boston has their home opener against the Yankees on Friday. The Clap.
I've proposed this on a Simmons podcast once, but given the state of the Nation, I felt it was worth bringing back. 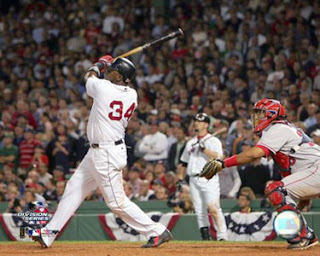 David Ortiz is the team's flag bearer. The crowd feeds off of him. Everyone knows of his spit in the hands and then clap his hands routine during his at bats. When he does this the Fenway faithful should clap with him. He usually spits in his hands first, which is like a warning to get ready. Then you clap along with Big Papi. Done correctly, imagine the thunderous sound it could make. "Boom!" "Boom-Boom!"
So put your hands together, Red Sox Nation, and clap your way back to victory.
Posted by Gus Ramsey at Thursday, April 07, 2011